Retail lies at the core of BinDawood Holding 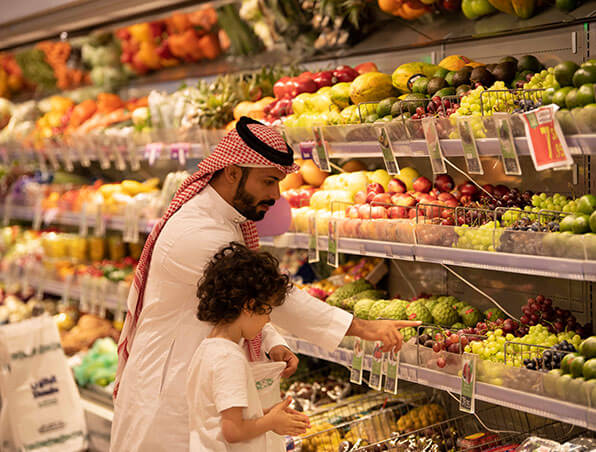 Our vision is to be the best grocery retail brand in Saudi Arabia and a leader in this growing market sector. We want to be known by our customers and partners for our commitment to quality products, outstanding customer service, and strong supplier relationships. Our people enable our success and we always aim to recruit, train and keep the best available talent.

We are dedicated to offering an exceptional shopping experience. We strive to provide our customers unmatched standards of quality, value, service and convenience. We continuously explore new market opportunities and aim to create value for all our people and partners.

A New Future for Retail in Saudi Arabia —

Creating a new future for retail in Saudi Arabia

Throughout the history of the BinDawood Holding, We have worked hard to make possibilities become reality by finding new ways to deliver unique products to our customers and value for our partners.

Creating a new future for retail in Saudi Arabia

Throughout the history of the BinDawood Holding, We have worked hard to make possibilities become reality by finding new ways to deliver unique products to our customers and value for our partners.

Our growth over four decades to become one of Saudi Arabia’s leading retail groups has been achieved through an unwavering focus on quality, customised and outstanding service and product innovation.

Our success has been built on the foundation of the needs and demands of our customers. Through a dedication to developing a deep understanding of our customer base, we have been able to identify and create retail experiences that are unique to them. We bring the products that our customers want from around the world to them. Our success is rewarded by long-term and deep relationships with our customers.

Today, we have a clear vision: to build the number 1 retail business in the region. We are continuing on our journey of transformation – introducing new innovative technologies, expanding our portfolio of stores, customising and personalising the customer experiences we offer. We seek to bring the out-of-the-ordinary experience to our customers.

BinDawood Holding has a rich Saudi heritage, spanning over 50 years, 35 of which are in grocery retail. Since our inception over 35 years ago, we have grown from a small trading business to one of the leading retailers in Saudi Arabia. Our success story has been driven by constant innovation and commitment to building long-term relationships with suppliers, partners and customers.

First BinDawood superstore opened in Makkah by the BinDawood Family